DataSoft, Inc. was founded in California in 1980 by Patrick Ketchum, DataSoft started out porting games from arcade systems to the Atari 8-bit family of computers.
Later on DataSoft went on to take on other personal home computers, computers like the Apple II, Commodore 64 and the Amiga.
In less than three years, Pat and his team of creative programmers, artists and marketing wizards built DataSoft into one of the most successful software companies in the home computer industry.
Employing around 50 people in 1983, 14 of which were in-house programmers.
Pat wasn’t a programmer but a sales/marketing person with exceptionel people skills, skills which lent to a lot of negotiation and thereby also acquiring licenses for their games from famous movies, as seen below, cartoons and TV shows. 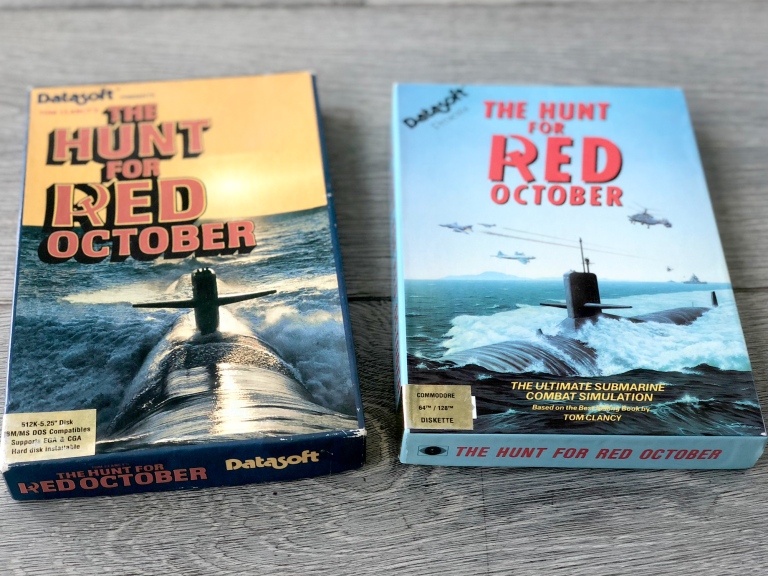 And from Tom Clancy’s best seller book The Hunt for Red October. 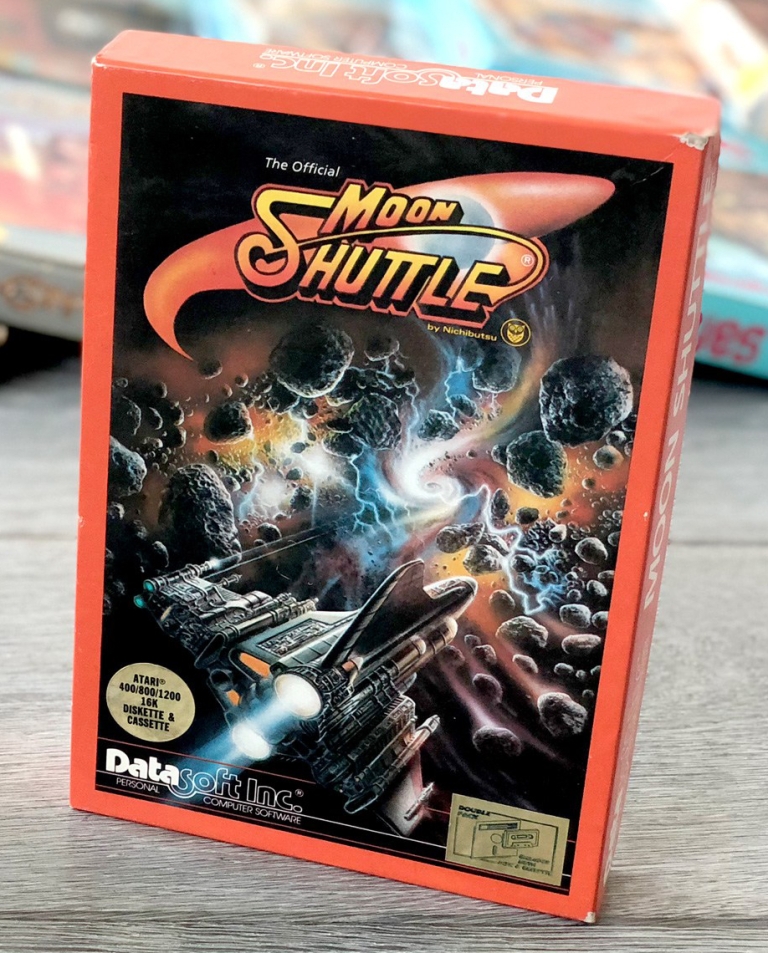 Moon Shuttle DataSoft’s very first game released on a ROM cartridge, my version is on disk and cassette (something DataSoft did for a number of their releases), here for the Atari 8-bit family.

Despite a successful business DataSoft never gained much critical approval, the company ceased to exist in the late eighties. Pat has since specialised himself in real-estate photography.

Below, my DataSoft collection, still missing a few which I need to dig out of storage. Most of these boxes are very prone wear and to loose their integrity – Finding them in great condition can prove difficult. 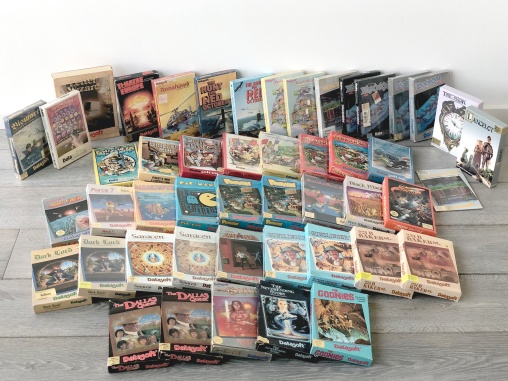 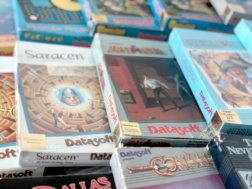 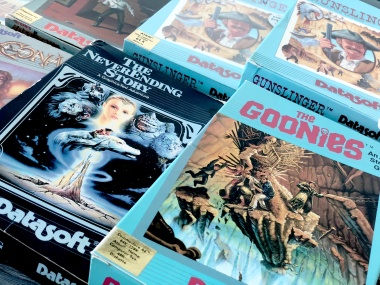 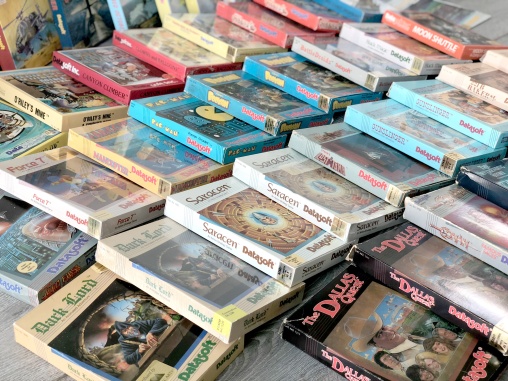 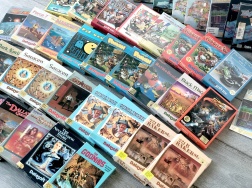