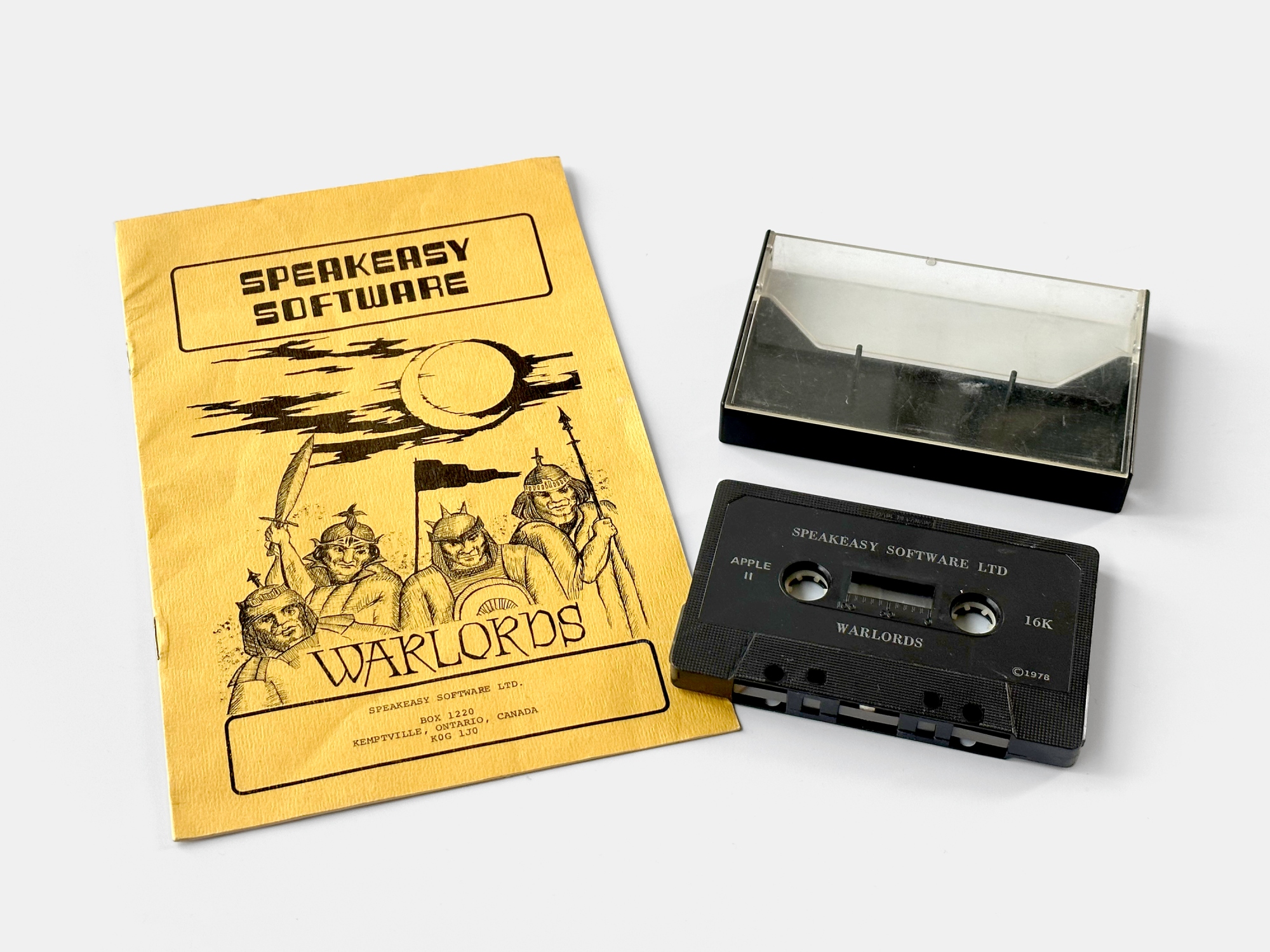 Welcome to another Quick Bits article. I’ve been fascinated with the earliest home computer software developers for a long time and Canadian mom-and-pop developer Speakeasy Software was one of the earliest in the market to independently develop and publish software for microcomputers – I’ll do a more extensive article on the company itself sometime in the future, for now just a quick showcase of one of the published titles.

Brian and Toni Beninger were there at the very dawn of the personal computer revolution when they in early 1978 created and distributed four simple 16kb Apple II games on cassettes. Brian had been introduced to microcomputers in the mid-to-late ’70s and had been convinced that with the introduction of off-the-shelves ready and mass-produced home computers, a new and viable market would follow. He bought one of the very first Apple II computers arriving in Canada and it wouldn’t be long before his Bulls and Bears, a financial tabletop game he had invented and self-sold back in 1970, was computerized. To market and distribute the games, Speakeasy Software, a name inspired by the prohibition of the ’20s, was founded. Initially, the operation was run from the couple’s log cabin in Kemptville, Ontario while both held full-time jobs, Brian as a manager at Statistics Canada and Toni as a teacher.

Brian followed up with three other games among them Warlords, a 2-4 player text-only strategy game. The initial version of the game was programmed in BASIC for the Apple II by Randy Pack, a colleague from work. Later on Tony would become the main programmer. With four games and a company name, Brian started calling every company in North America he was able to locate in Byte Magazine. The majority showed interest and when orders started coming in, both he and his wife left their secure jobs to become entrepreneurs and pioneers in a completely new and unproven market.
Warlords was ported to the newly released TRS-80 home computer when Radio Shack later, in 1978, ordered 5.000 copies to sell in its stores alongside the computer itself.

Warlords for the Apple II, one of the four games written by Brian Beninger and sold through his and his wife’s Speakeasy Software in 1978.
The game sold somewhere around 7.000 copies, most of these for the TRS-80, a few for the Commodore Pet, and presumably around 1.500 for the Apple II.
The company’s cassette was produced by a company in Ottawa producing educational audio tapes for doctors

The short introduction in the manual is quite intriguing and establishes an interesting fantasy setting. After the death of King Melvin, during the time of Great Darkness, the ancient kingdom of Nerd has fallen into the hands of powerful warlords. Each warlord has a castle in their respective corner of the map where armies can be raised from taxes from controlled regions. Only one group of units can be moved per turn and when two opposing units occupy the same region, combat occurs. Enemy warlords are destroyed by overtaking their castles and the last standing warlord will ultimately come to reign the land.

Warlords played out on a 7×7 grid with each tile having its own properties. Swamps and forests would influence battles, and towns would contribute with taxes depending on the number of inhabitants. Each player had a castle that was essential for maintaining armies.
Overall the game played out like a simple tabletop game

Speakeasy Software would go on to publish Dan (Danielle) Bunton‘s game, Wheeler Dealers, a multiplayer game requiring an accompanied controller. Bunton would later create M.U.L.E., becoming one of the first influential multiplayer games when released in 1983 by Electronic Arts. Speakeasy Software later combined forces with another entity and became Omnitech Graphics Systems Ltd. New and bigger offices were secured in Ottawa. Within a year, sales had increased to a couple of million dollars and staff numbered over 30, and a new management team was instated, which later got rid of the original team, including the Beningers.

Brian and Toni would later, in 1988, found Santuary Woods Multimedia, Inc., one of the early multimedia companies developing titles for CD-ROM distribution.