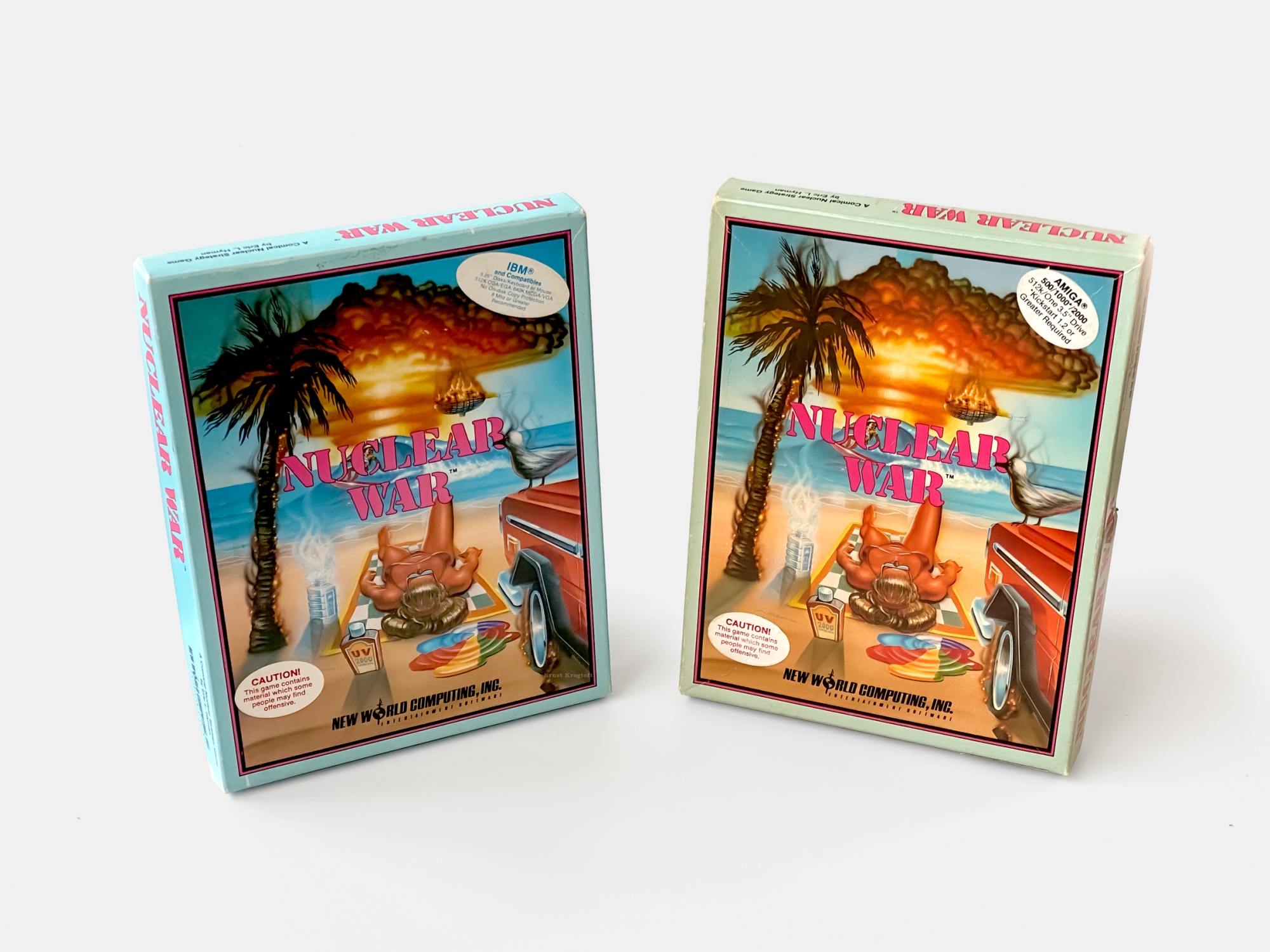 In a time long-forgotten back when brick and mortar stores and physical items ruled, the fight for buyers’ attention was raging on shelves around. While recognized brands and products in successful series had the best likelihood of getting someone’s attention, products having neither had to diversify themselves. The best chance of standing out was with striking cover art.
In 1989, California-based New World Computing, Inc. took a notable departure from its Might and Magic role-playing series of games, creating a satirical turn-based strategy game, all about nuking the sh*t out of your opponents. The game with the fitting title Nuclear War would put most other products on the shelves to shame with its outlandish cover, leaving raised eyebrows and open mouths.

While the cold war was slowly winding down at the end of the ’80s leaving more than three decades of mutual assured nuclear destruction behind, the world was still full of nuclear warheads and erratic tyrants, suppressing people of the good earth – All perfect ingredients for a strategy game.
While New World Computing found its inspiration, including its satirical approach, in Doug Malewicki’s card and board game Nuclear War from 1965, the modern digital counterpart surely did what it sat out to do.
Facing four computer-controlled opponents, all based on real-life leaders, you raced to annihilate your enemies or making those annihilate each other. All characters bared satirical names and were described in an entertaining manner in the manual which also included descriptions of the nuclear arsenal, very fitting describing the weapons as population reduction tools – The manual was a blast to read, no pun intended.

Below the 10 different leaders to chose from.

“Tired of the absurd requirements that the bureaucracy sets upon you to run your country? Does one of your global neighbors just flat-out annoy you? Are you sick of the patter of mindless feet as the victims of propaganda campaigns rush back and forth between the world’s nations, continuously defecting and immigrating?
There is a way to end all of these problems”

Now, with the recipe for the game in place, what about that all-important eye-catching factor, the one thing needed for it to stand out on the crowded shelves full of chic competitors.
What speaks more to the young male demography (which we must believe to have been the target audience) than explosions and lightly dressed women. Was it even possible to combine those two elements. What about a big-breasted babe tanning in the radiation of a nearby atomic blast, melting everything else in the vicinity…Excellent.

The iconic cover artwork was used as a poster included in the box. Surely it would muster some attention on the bedroom wall