SSI AD&D
To follow up on my SSI Gold Box post from a few days ago, here’s a few sealed SSI AD&D games.

Hillsfar was developed by Westwood, later know for Eye of the Beholder series, The Legends of Kyrandia series, Lands of Lore and Command & Conquer to mention a few. Westwood did develop a few titles published by SSI prior to Hillsfar (Roadwar 2000 & Questron II).
Even thou Hillsfar was a succes based on sold copies (around 80.000) it was received with mixed reviews.

Heroes of the Lance & Dragons of Flame, also known as the “Silver Box” games was developed by Ocean and together they sold around 130.000 copies in the US and Canada. Most D&D fans preferred the RGP approach instead of the “Hack’n’Slash”.
I guess I should have shown “Shadow Sorcerer” here as well since it’s the sequel to Dragons of Flame, based on the third and fourth Dragonlance campaign modules, Dragons of Hope and Dragons of Desolation. 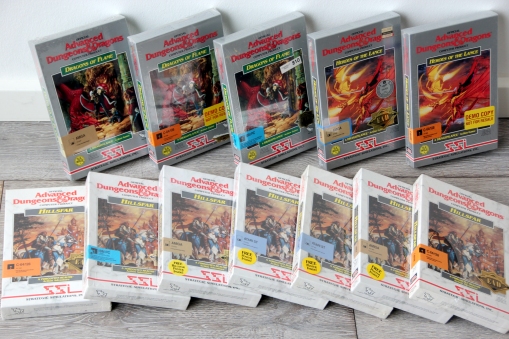 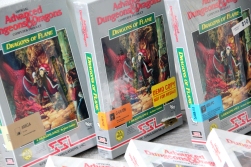 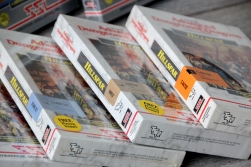