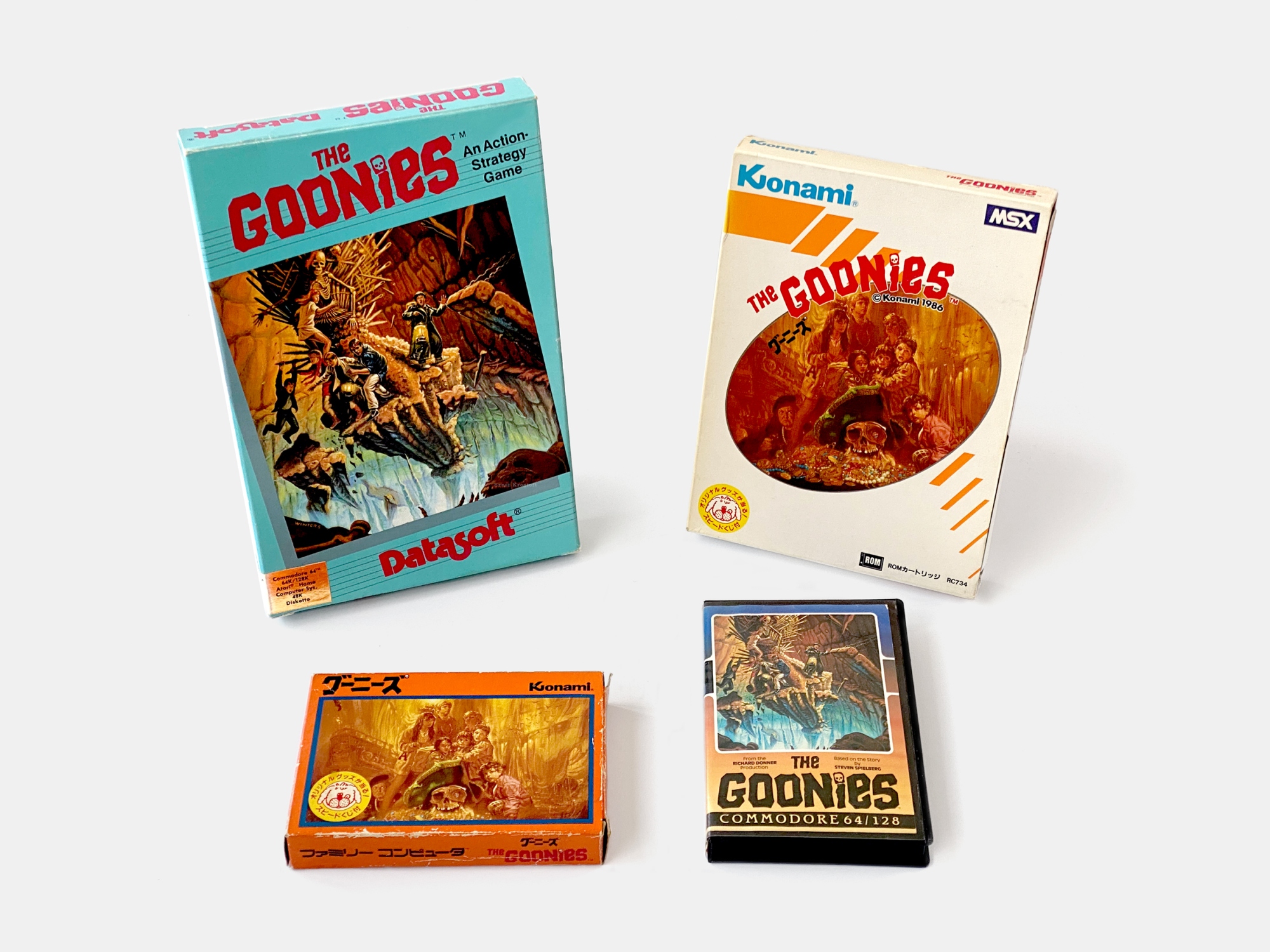 As a kid of the ’80s, in a time before computers and video games completely gobbled up most’s past time, I fondly remember how we all, the bunch of misfits we were, came together, when outdoor adventures, treasure hunts, and physical friendships ruled. In 1985 Richard Donner’s adventure film The Goonies, based on a story by executive producer Steven Spielberg, would capture the heart and imagination of an entire generation. It had everything you as a kid of the ’80s would want, treasures, pirates, freaks, bad guys, and most importantly friendships.

The Goonies is the story of how Mikey, played by Sean Austin, and his oddball group of friends from the fictional Goon Dock neighbourhood in Astoria, Oregon, discovers an old newspaper in Mikey’s attic, revealing the story of Chester Copperpot who went missing in 1935 while searching for a 17th-century pirate treasure. With the neighbourhood on the line and about to be demolished and turned into Mr Perkins’ golf course, the group sets out on an adventure to find legendary pirate One-Eyed Willy’s long-lost treasure, in hopes of being able to save their homes.

The game adaption was licensed to Pat Ketchum’s Datasoft Inc. which in the earlier part of the ’80s had seen great success porting video arcade titles for home computers. In less than three years, Pat and his team of creative programmers, artists, and marketing wizards had built Datasoft into one of the most successful software companies in the home computer industry. Employing around 50 people in 1983, 14 of which were in-house programmers.
Ketchum was a sales and marketing person with exceptional people skills, skills which led to him successfully securing rights to games based on TV shows, cartoons, and movies. In 1984 he had acquired the right to use the characters of the soap opera Dallas and with a script from two screenwriter assistants developed Dallas Quest, a well-received graphic adventure game.

Programmer and designer Scott Spanburg and artist Kelly Day were assigned the task of making an interesting game based on the movie, its settings and characters. Spanburg had in 1983 worked together with Day when porting the arcade video game Pooyan to the Commodore 64 and again in 1984 when working on Mancopter, titles both published by Datasoft.
Before development, Spanburg had received an early unfinished version of the movie and largely designed the game’s puzzles and levels from actual story elements and sets from the copy. What he didn’t know was that the theatrical release was about to have the now-famous giant octopus scene edited out, consequently when the game was released it still featured the scene (in the second to the last level). The scene wouldn’t be included until years later when it was feautered as a DVD extra in subsequent re-releases of the movie.

When Warner Bros. released The Goonies in theatres across the U.S. in June of 1985, it grossed $9 million in its opening week, second on the charts, after Rambo: First Blood Part II, and came among the top ten highest-grossing movies of the year. Unlike most early movie game adaptions, The Goonies was released the same year as the movie. Datasoft released versions for the Commodore 64, Atari 8-bit and Apple II in North America.
Steven Spielberg made Cindy Lauper the musical director for the movie’s soundtrack. While Lauper sought out new bands to be included on the project, amoung those The Bangles, Lauper’s own 1985 hit Good Enough became the movie’s sound. Warner Bros. retitled the song to The Goonies ‘R’ Good Enough for marketing reasons. Lauper’s track would be featured (over and over again) in the game.

The Goonies was published in North America for the Apple II, Atari 8-bit, and the Commodore 64 by Datasoft in 1985.
The beautiful original cover art was done specifically for the game adaption

It’s been over 30 years since I last played The Goonies. It’s a really great game with some excellent game mechanics and puzzles. It’s all about timing and coordination

In Europe, Amstrad CPC and ZX Spectrum versions were done by Spanburg as well, for Paragon Programming Ltd. and published by U.S. Gold in 1986, along side a Commodore 64 version (distributed in Spain by Erbe).

U.S. Gold released the game in the UK/Europe for the Commodore 64, ZX Spectrum and Amstrad CPC in 1986

The Goonies features 8 screens, in which the player has to solve different puzzles, avoid dangers and reach the exit to advance to the next stage, all while switching and coordinating your play between two members of the Goonies group. Starting from the Fratelli gang’s house and ending in One-Eyed Willy’s pirate ship. Both characters can be controlled at once if two players are playing. The gameplay is all about timing and coordination and like most early games it’s quite challenging.
Datasoft’s The Goonies became an early example of team-based puzzle solvers, later made famous by Silicon and Synapse’s The Lost Vikings. Silicon and Synapse of course went on to become Blizzard but that’s a story for another day.

In 1986, Konami took one of its first shots at licensed intellectual properties and developed two versions of The Goonies for the Japanese MSX computer system. While the games didn’t feel like they tied into the movie, they managed to be quite good platform games.
Unlike the Datasoft releases which used originally created artwork for the cover, Konami chose to crop and reuse the Japanese poster art created for the domestic theatrical release. Konami also released The Goonies II for the Nintendo Entertainment Systems (and for the Famicom) but the title didn’t really have much to do with the movie except for the use of some of its characters.
The titles released by Konami were the only games, besides Datasoft’s release, based on The Goonies movie.

Besides the Datasoft release, which is regarded as the original movie-tie-in, Konami, in 1986, released its take on the movie with a more classic platformer. Datasoft and Konami would be the only two companies to release game based on The Goonies movie

After The Goonies, Datasoft licensed another property from the big screen with its 1985 platform title Zorro.
In 1986 Datasoft filed for bankruptcy. The name and assets were bought by CEO Samuel Poole and Ted Hoffman who renamed the company to IntelliCreations Inc. and would continue to distributed already finished Datasoft games before it closed its doors in 1988.
Spanburg would continue to develop games and went on to produce M1 Tank Platoon for Microprose Software in 1989. He would stay with Microprose for over a decade and is still an active game developer to this day.