One of the very first sports game to come off the production line at On-Line Systems was Hi-Res Football (Trapshoot and Skeetshoot were, to my knowlegde, released earlier the same year). Hi-Res Football was released in late 1980 for the Apple II home computer – this was to be the only release of the game.

It’s hard to establish a chronologically line of publishing dates with these early games, but I think this one might be Sierra’s around 6th released title since it’s founding in 1979.

Hi-Res Football was created by founder of On-Line Systems, Ken Williams and developer Jay Sullivan.
It was, as the name applies, an American Football game featuring both single and two player modes. In single player you were playing against the computer, while in two player you could enjoy the game with a friend.
The game was a pretty simple realtime sports action game where you had control of both the offensive and defensive plays, featuring actions like runs, passes, kicks etc.
The graphics were pretty simplistic but it did feature a great title screen, very much in the same style as many of the other early Hi-Res releases.

The year after in 1981 Hi-Res Soccer was released, also for the Apple II platform, this was also done by Jay Sullivan. It played a lot like Hi-Res Football but of course featured soccer instead.
Jay Sullivan went on to create CrossFire for Sierra in 1981 – and ported the 1982 title Ultima II – Revenge of the Enchantress for the PC in 1983. Below a few different releases of Crossfire from my collection. 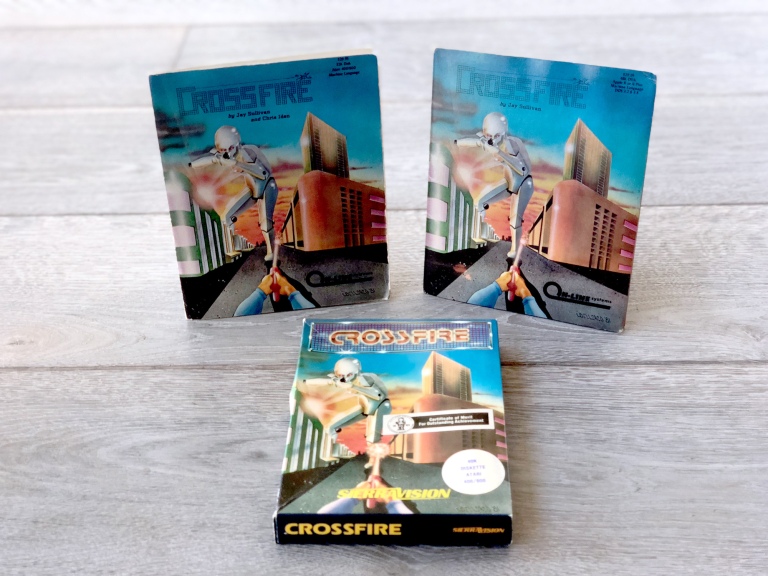 If you look closely at the Hi-Res Football label on the disk you will see that the label is on top of a white label, this is something I have seen a few times on these early items. Years back I carefully removed a golden label just to examine the label underneath – the discovered label was a label from the disk manufactor, my guess is that in the process of getting these games out the door the golden label (in this case) was just put on top of the “manufactor” label – removing these old golden labels might cause damage to the label, the smallest of creasing will be visible and can’t be flattened out without leaving marks. 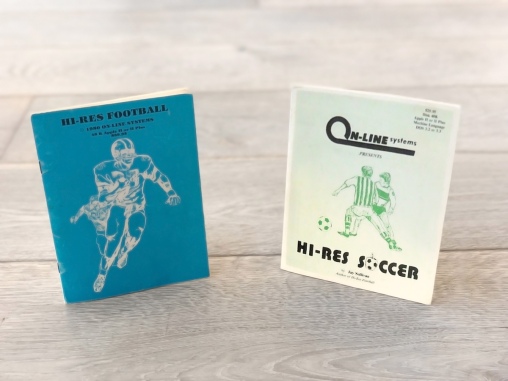 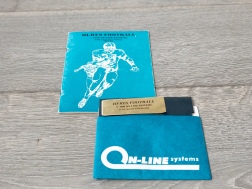 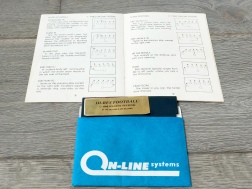 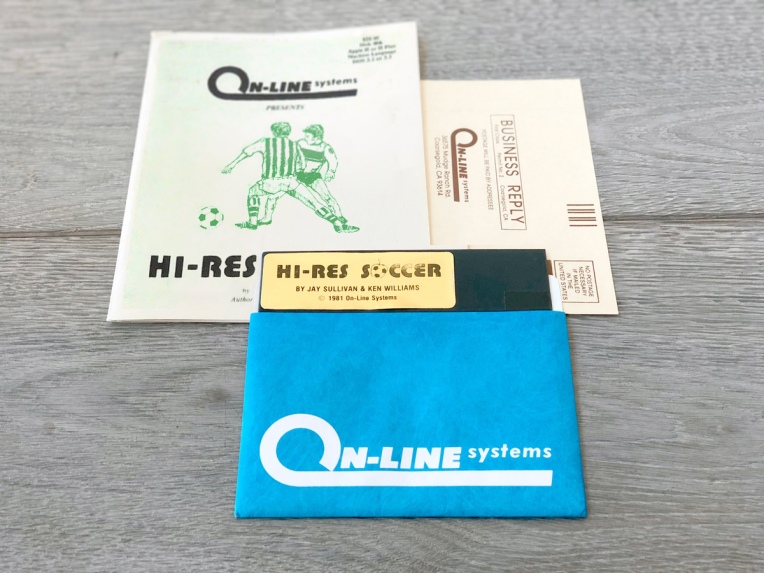