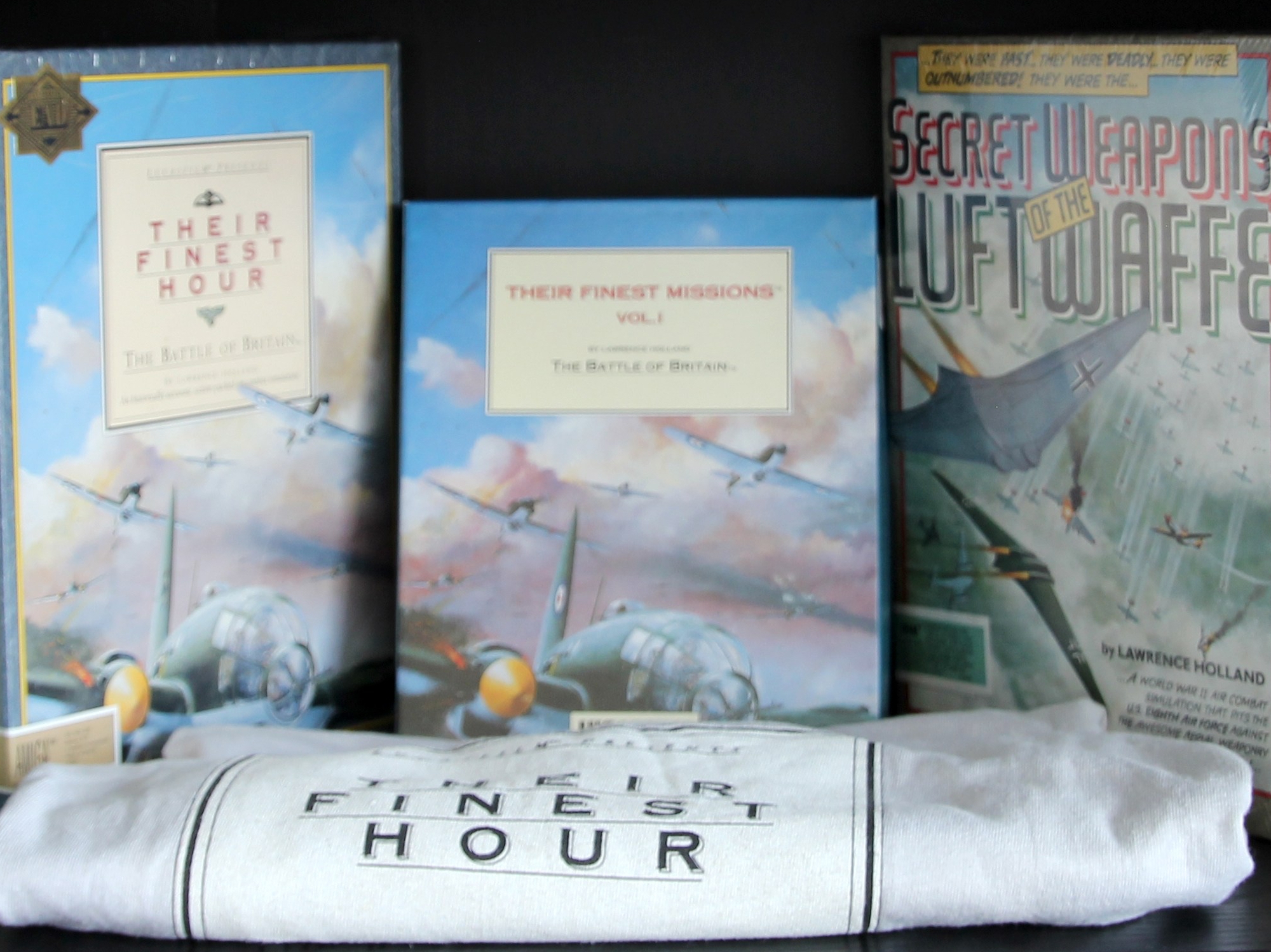 Lucasfilm Games
In the late 1980s and early 1990s, Lucasfilm Games developed a series of simulation games, the first of which were the naval simulations PHM Pegasus in 1986 and Strike Fleet in 1987. These two titles were published by Electronic Arts for a variety of computer platforms, including PC, Commodore 64 and Apple II.

In 1988, Battlehawks 1942 launched a trilogy of World War II air combat simulations, giving the player a chance to fly as an American or Japanese pilot in the Pacific Theater. Battlehawks 1942 was followed by Their Finest Hour: The Battle of Britain in 1989, recreating the battle between the Luftwaffe and RAF for Britain’s air supremacy. The trilogy ended with Secret Weapons of the Luftwaffe in 1991, in which the player could choose to fly on either the American or German side. The trilogy was lauded for its historical accuracy and detailed supplementary material—Secret Weapons of the Luftwaffe, for instance, was accompanied by a 224-page historical manual. The World War II trilogy was released with cover art by illustrator Marc Ericksen, in a compilation titled Air Combat Classics in 1994.

The World War II trilogy was created by a team led by Lawrence Holland, a game designer who later founded Totally Games. Totally Games would continue to develop games almost exclusively to LucasArts for a decade, with the most noted outcome of the symbiosis being the X-Wing series.

Here we have my very beloved Lucasfilm Simulation games. I’m really a fan of not only the artwork on these boxes but also the sheer content – also Lucasfilm made some really sturdy boxes which for a collector like me is pure joy. I’ll of course be showing much more Lucas later on:)

Battle of Britain, one of my absolute favourite flight sims of the eighties, with its beautiful artwork and great subject matter, was played countless hours in our home. I still remember how I read an article about it just before it got released, and being a boy completely sucked up in WWII, ships, planes and the technologies, I just couldn’t wrap my head around how it was possible to make a game like this. Luckily my dad bought the game for me and my brother and on we went to become aces of the RAF and the German Luftwaffe.
Reading the manual today is like reading a very well written and documented book, the time and energy which went in to content like this is remarkable and totally impossible in this day and age.
Strangely is not a very sought after piece and can be acquired fairly cheap. Finding a sealed one seems pretty hard today but is possible without breaking the bank. Even thou I really don’t collect that much of accessories but I do have an original Battle of Britain T-Shirt. 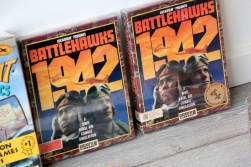 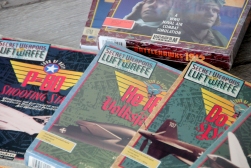 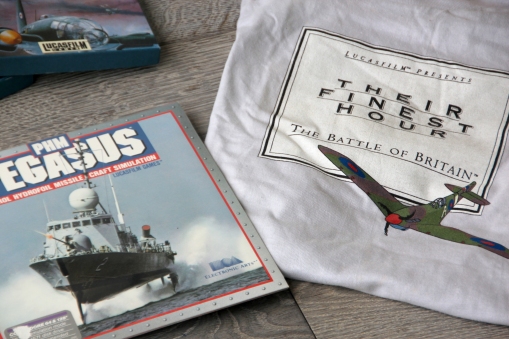